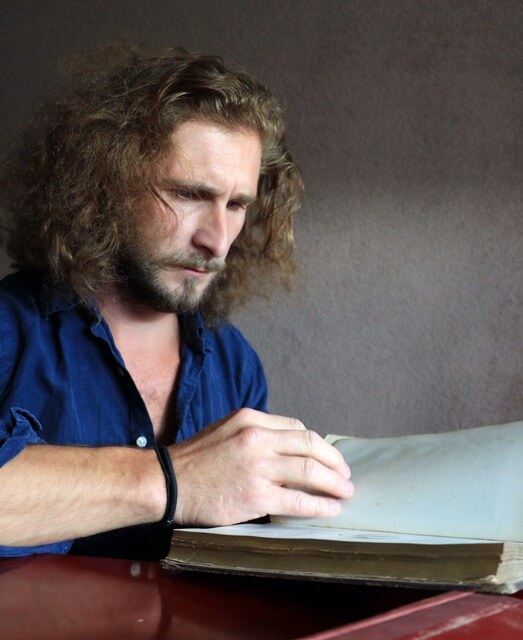 After attending a leading school of letters in Paris – and graduating – Marc Chastain has come a little closer to his passion for the arts, in all their forms: music, painting, sculpture and culinary especially. Surely, Marc is a big fan of the arts, including Impressionism, through Chagall, Monet and other artists whose reputation is exemplary in the art world.

He also loves ancestral art, works of art, sculptures, ancient manuscripts … everything is of interest to him! He says its beneficial for the mechanics of the brain, to observe works of art, whatever they are, looking at their colors as well as their stagings.

At 25, having the knowledge of the art market and a natural ease of contact, he was recruited by several Parisian art galleries to assure the sales and preservation of master paintings.

For many years, he plays the game of his passions, which will lead him to meet very beautiful people – which all come from the 4 corners of the world – and to travel all over the equator.

It was during these trips that he discovered a new form of art he had previously never been interested in: meditation.

A fervent admirer of great chefs and fine cuisine, Marc Chastain scours the regions to study the culinary arts because he quickly understood that healthy food was beneficial to him. He then does a great deal of research on associations and balances of flavors, quantities, and aromas, to create effects of complexity and complementarity that go beyond providing satisfaction and contentment, allowing him to have a robust health and an open mind. Even today, he devotes a large part of his life to the accessibility of healthy nutrition.

In his epic quest for the good life and for the best for others, he quickly realizes that he is privileged to have access to the refined dishes that are served to him, to good products that do not make you sick and that do not push to overconsumption. He then embarks on the topics of nutrition and “global malaise” and begins a personal study on “how to improve the lives of others” and create a simplified and accessible method he will call “THE M.O.N.”:

During this personal study, Marc Chastain meets a woman, Emma, in Stockholm. Renowned nutritionist and native of Sweden, known in Europe for its food lifestyle, she brings him many tips that will help benefit developing his culinary skills and create accurate and complete diets for good health. She will later become his companion.

As a result, they have a foothold in Paris, the city of light, and a supporter of art in all its forms, and another in Sweden, where the control of food, health, and physical well-being is at its peak.

Marc Chastain is a philanthropist that remains fully dedicated to helping others thanks to his method “the M.O.N.” which has been approved by many of his clients over time.

He clearly helps personal development by addressing each of its key points, which further improves his method. As a personal wellness consultant, he brings a touch of magic with his results, his different methods and his performances. Nevertheless, know that Marc Chastain has many other tricks in his bag, and remains very discreet about the various gifts he has.

Nowadays, Marc Chastain interacts with the world and travels around the globe to discover new elements that will increase his knowledge of well-being.

Recently, he traveled through Nepal and climbed one of the highest peaks in the world to discover his “self-limits”, to push his personal boundaries, but also to deepen further his study on the conditions it inflicted on his mind and his body.

Marc Chastain is above all a talented and athletic forty-something, his devotion to the well-being of his neighbor and his multiple knowledge make him a man of confidence, full of wisdom and to whom we can say a big thank you!